"On the 15th of September, 1909, there entered into Sage Laboratory a crowd of fellows who were to represent the class of 1913. After having received a lecture on how we should act while at the Institute,

we elected temporary officers to take us through the cane rush... Having been given instruction by our worthy friends, the Juniors, how to win it, we entered it and came out victorious, with a score of nineteen to ten."

As I go in and out of the Archives door, I can’t help but catch the vibe around the library; students cramming for finals, anticipation of the future, and of course commencement.  I decided to look back 100 years, asking "what was 1913 like?" The flood gates opened; I kept finding more and more: photographs of the students while at Rensselaer, menus from the Junior and Senior dinners (they liked steak!), the commencement program specifying that graduation was held for the first time in the new '87 Gymnasium, and letters and photographs covering 50 years of class reunions, 1923 to 1963. 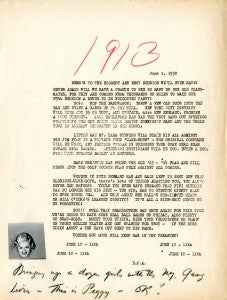 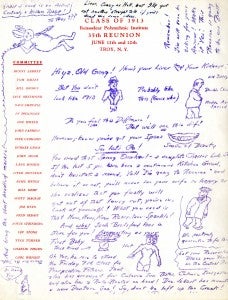 For years we can trace who attended the Reunions, but moreover, what is conveyed in the correspondence is age, admittance of illnesses, balding and larger bellies, all described by members with really good cheer!

Unfortunately, the reality is that a complete era of RPI students eventually passed into our history for good. By the last reunion, we glimpse the eagerness of remaining in touch commensurate with their decreased ability to make the trek to Troy. Carl Theissen's letter to Liver is by far the most amusing, despite his struggles and physical setbacks (he eloquently describes the loss of his teeth, and his disappointment that he would not be able to turn the shindig into a Hootenanny!)

Take the grand tour through time and enjoy 54 years of the Class of 1913! 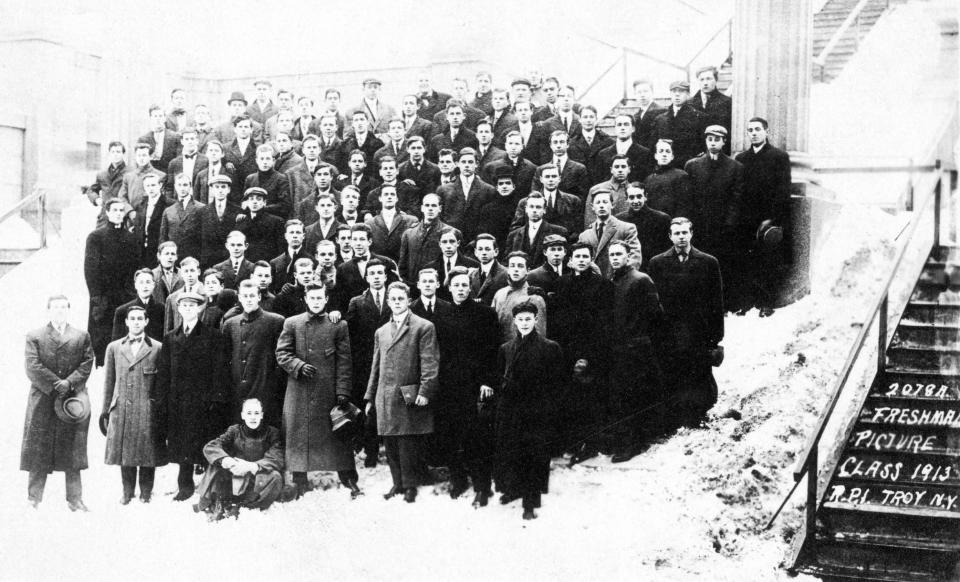 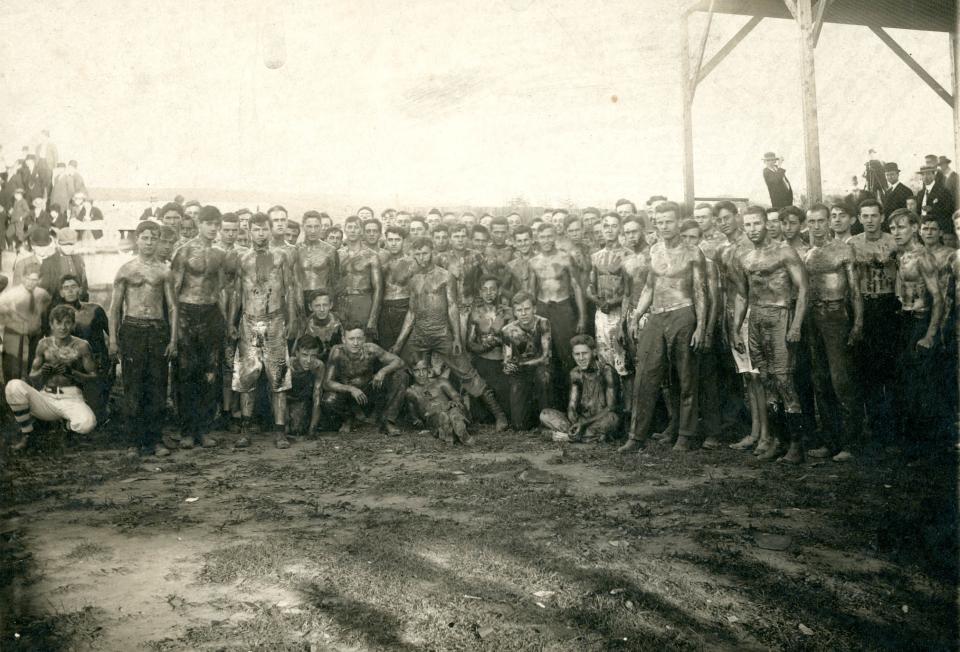 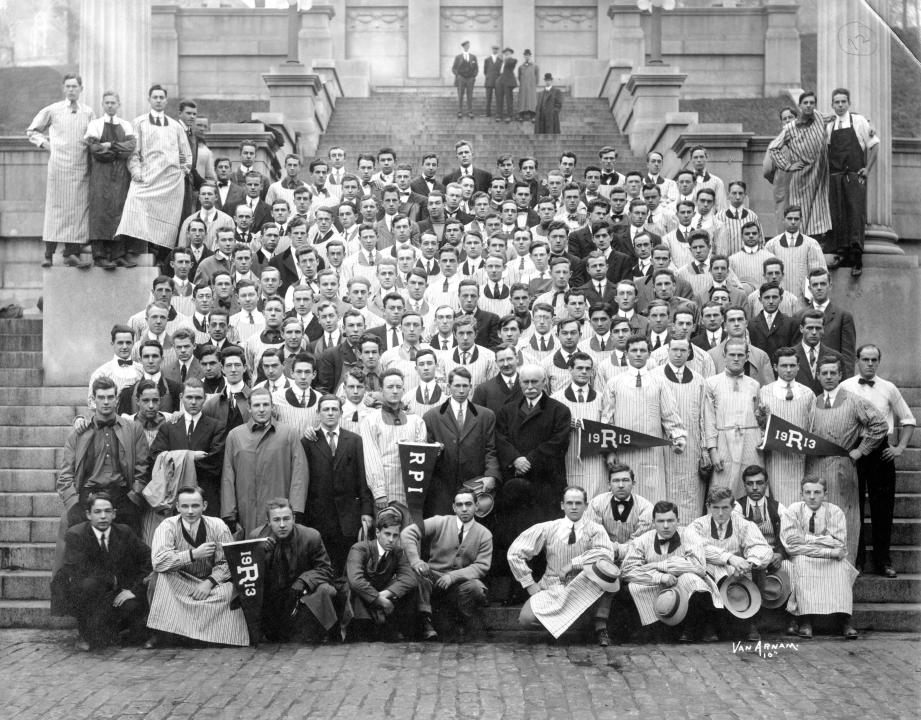 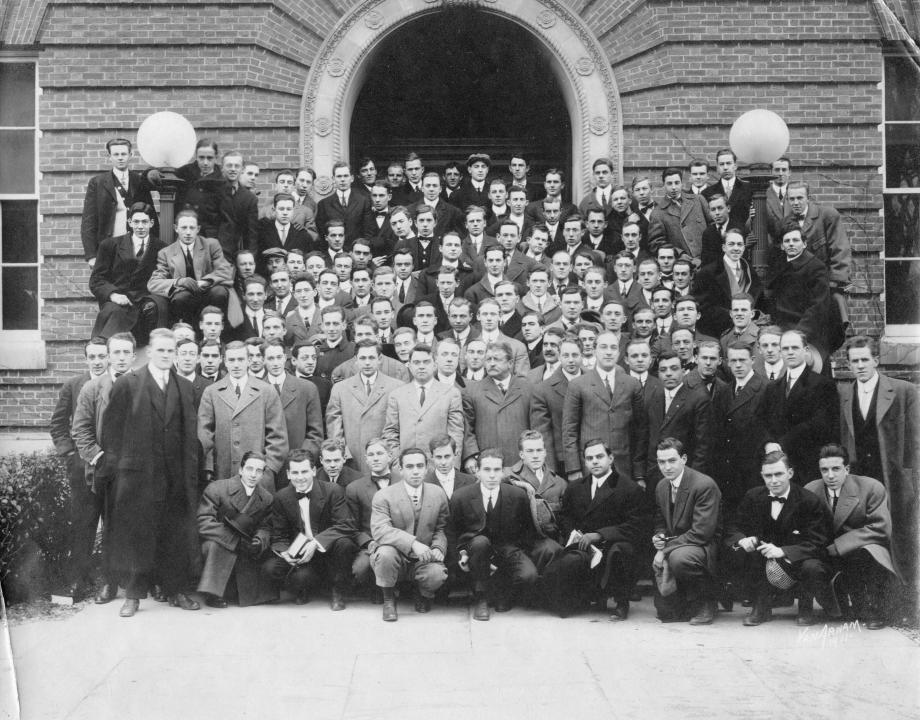 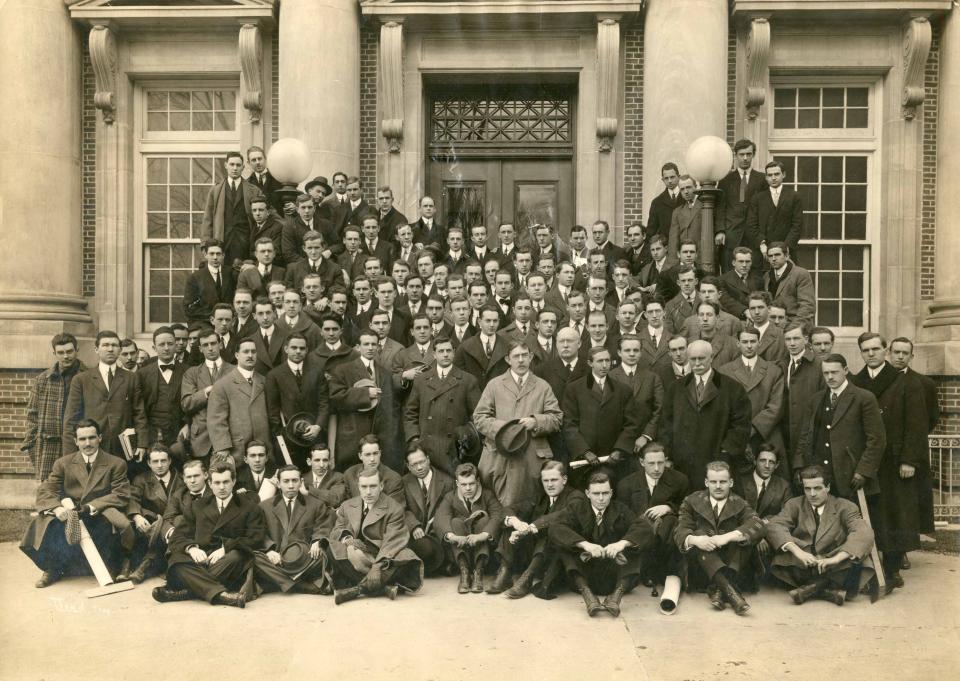 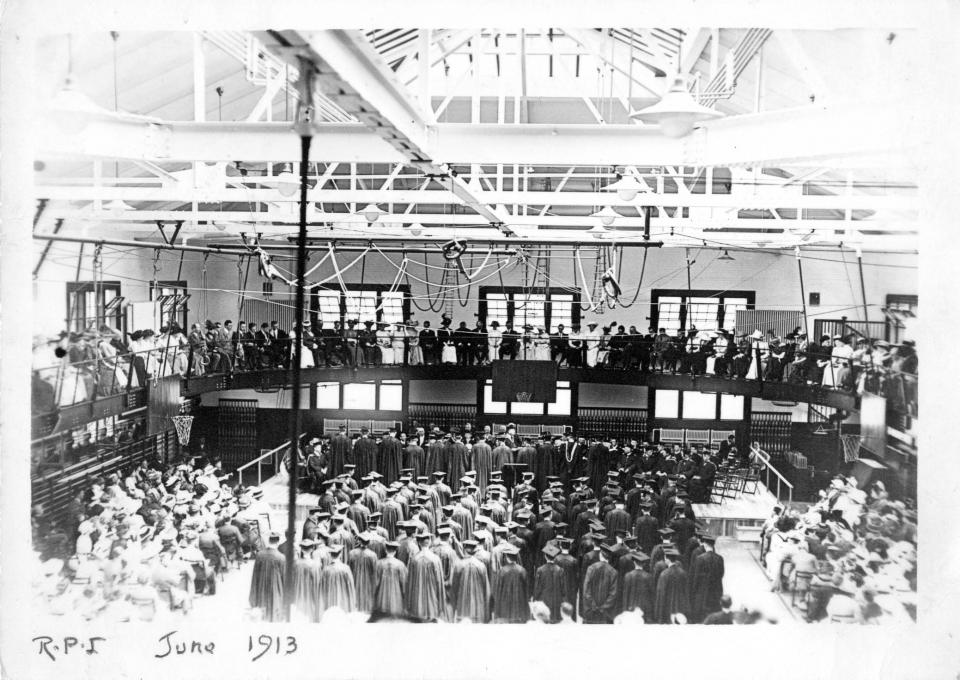 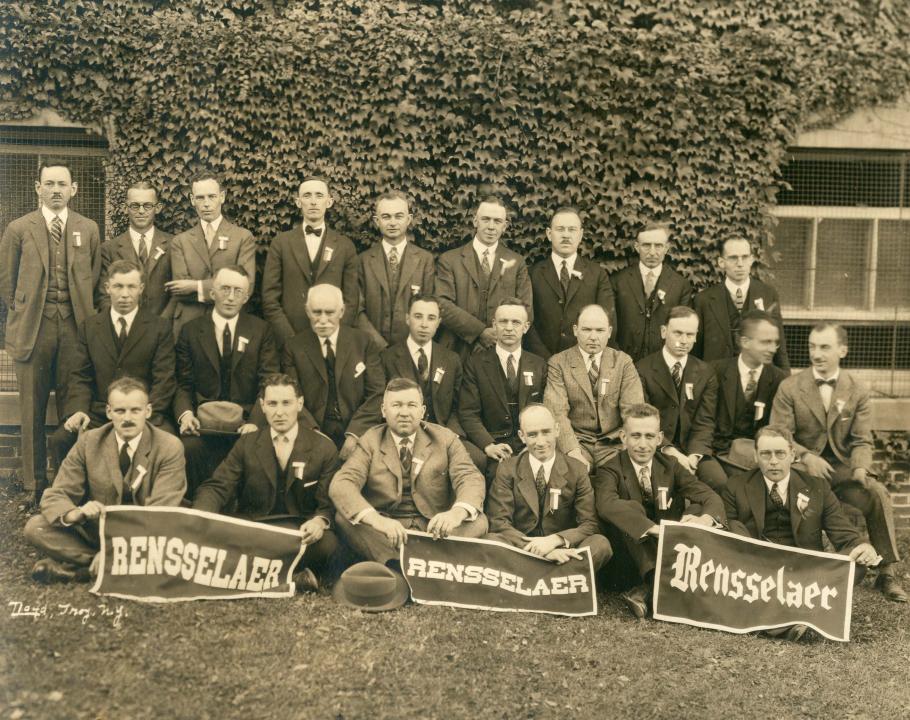 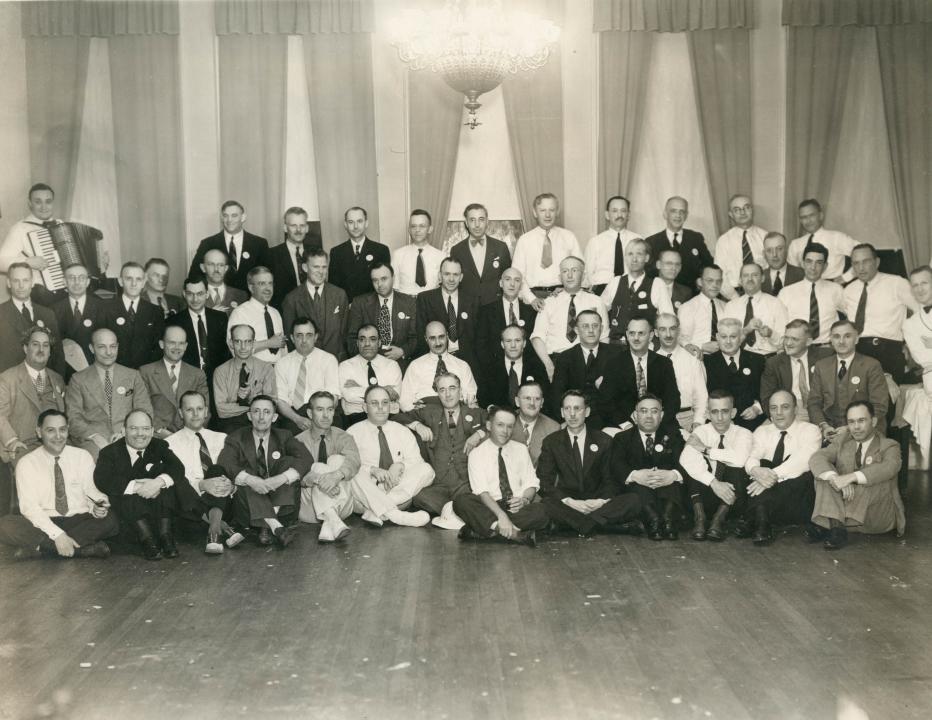 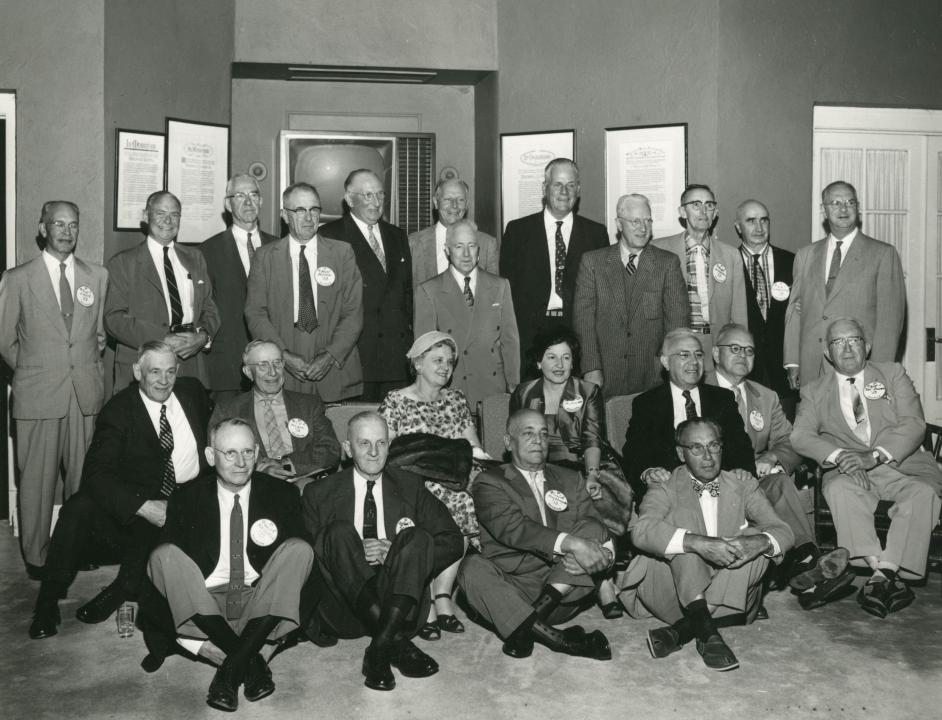 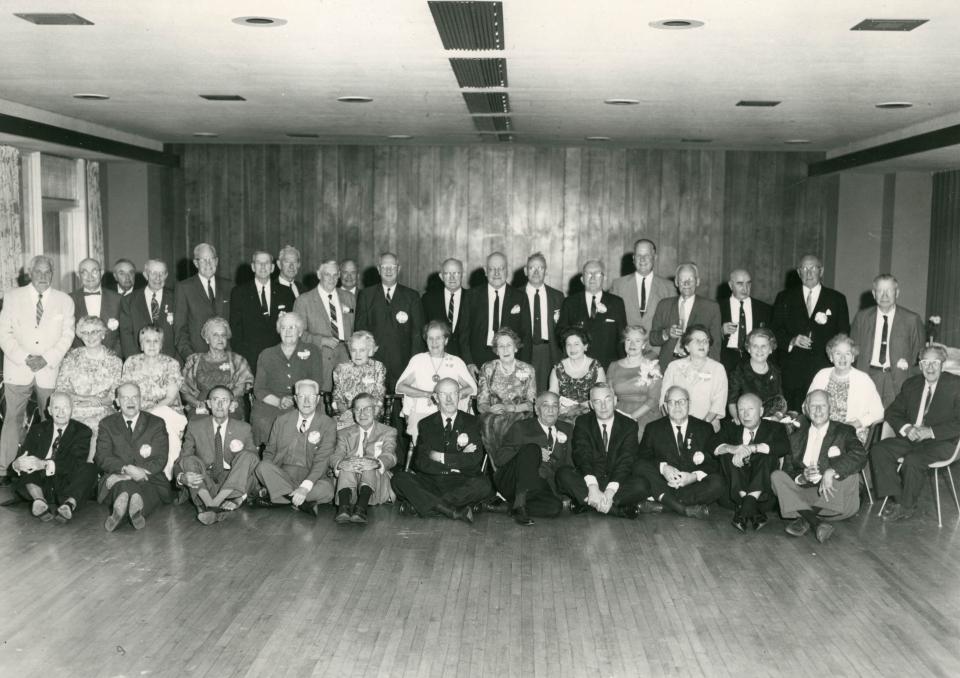 Where there any women enrolled in the Class of 1913? I couldn't see any in the class photos but some did appear in the later reunions, but they may have been wives.

Lenda, women were not enrolled in 1913. The women in the reunion photos are wives, as you suspected. Here is a link to to our exhibit page on "Women at Rensselaer: http://www.lib.rpi.edu/dept/library/html/Archives/gallery/women/1_intro….
You may want to go to the page "The First Women: WWII"
thanks for reading!