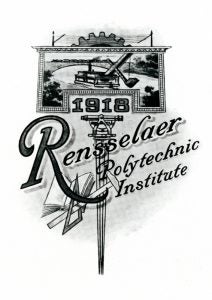 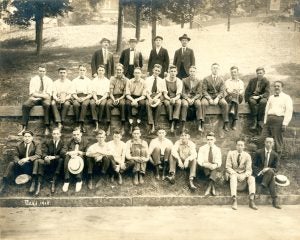 Another year, another commencement! Congratulations to the Class of 2018. We wish you the best of luck moving forward.

As is our tradition, we always like taking a look back at previous commencements, so let's shine a light on the Class of 1918! 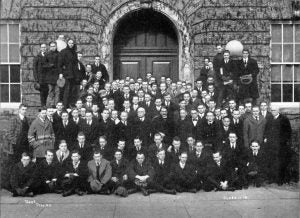 Commencement was bittersweet for several of the graduating students. Due to the United States involvement in World War I, many members of the class left for military service either prior to graduation, or immediately afterward. In reflection of the time spent at Rensselaer, a brief Senior History was written up by someone only listed as "Historian, 1918." They wrote that though "all rejoiced over the Faculty's decision to have an early graduation," they also added, "like nearly every other school in the country, our ranks have been sadly depleted since the outbreak of the war. It is more than a question of numbers with us, it has meant the losing of some of the most active men in the class."

Though the Class of 1918 faced unique challenges, Historian 1918 leaves off on a bright note, telling us, "it is our highest ambition to individually live up to the standards of [the] men of Rensselaer in all the problems of life which may face us in the future."

For more information, check out our previous post on Rensselaer's involvement in the war effort.