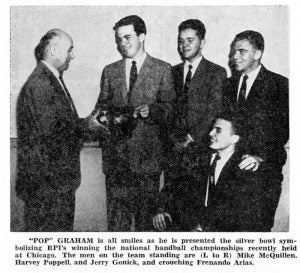 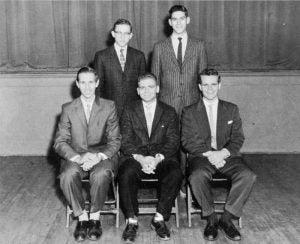 Handball is not competitively played at the Institute today, but it has a long history at RPI. Though there is limited information on the sport at Rensselaer, handball is first mentioned in a 1911 Rensselaer Polytechnic article, stating that the then new ’87 gym was equipped for handball play. A decade later, in 1921, the official interclass handball league was established at the institute. However, it was the interfraternity play for the Barker Trophy that helped to spawn intramural, as well as intercollegiate, handball tournaments. These lasted at the school until 1980, when the sport was replaced by racquetball for the Barker Trophy.