The Art of Football

For those who follow sports, the crisp air of fall is strongly associated with an old tradition: RPI football. Intercollegiate games have been played at Rensselaer since 1886, albeit on borrowed fields and without a coach for the first twenty years. When the ’86 Field was completed in 1906, football soon became a popular spectator sport, as evidenced by the wonderful programs that promoted the team’s games.

I find the visual evolution of these graphic designs fascinating. Symbols of Rensselaer center the staid programs of the 1910s and 1920s. The earliest artistic cover combines an art deco font and brilliant cherry red, while a 1937 rendering looks unmistakably Rockwellian. Pro-USA artwork captures the national spirit of the World War II era, and it is also represented in a 2012 Merchant Marine cover. The 1950s and 1960s visuals frequently rely on humor, while images from the 1970s subtly reference contemporary art. By the 1980s photography takes over, with pictures of RPI players dominating the layout for the next thirty years. In recent years, only one glossy program is printed for an entire season, with text-heavy handouts prepared for each home game. It seems our game-day programs have come full circle over the past 96 years. What, I wonder, will come next? 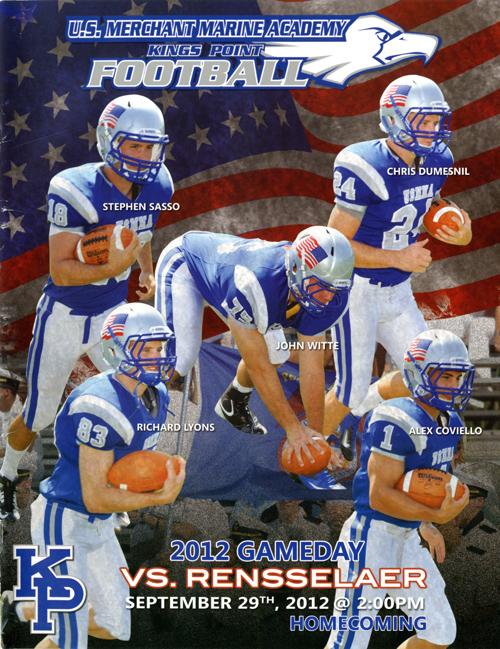 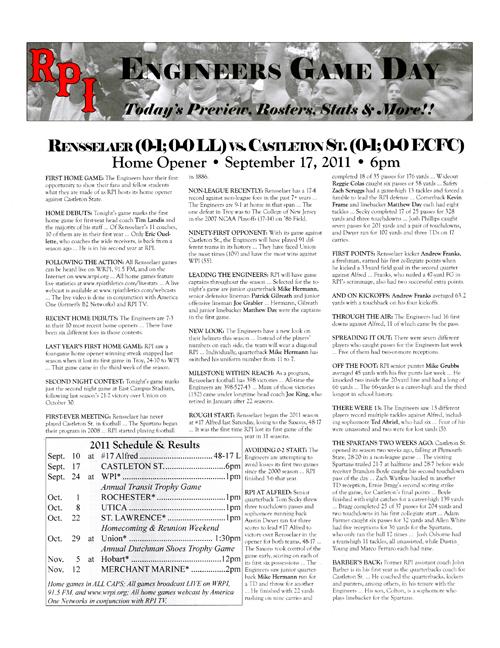 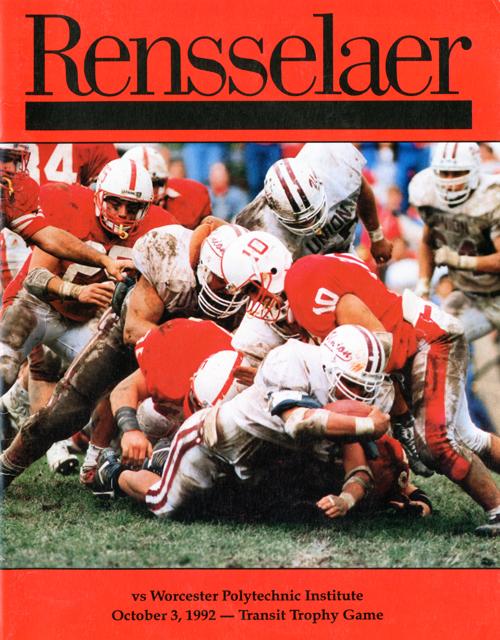 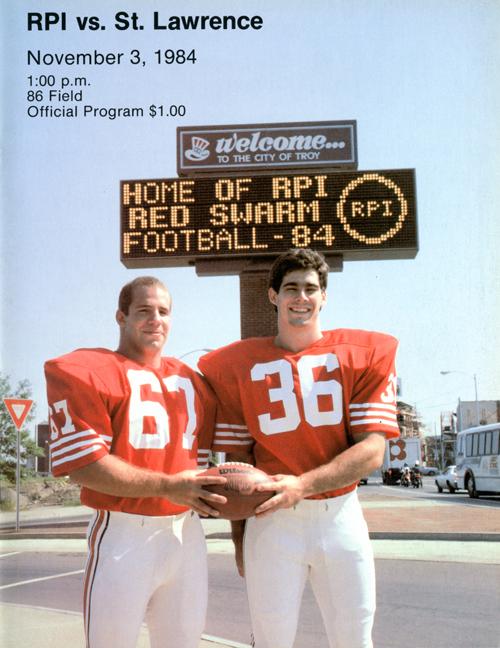 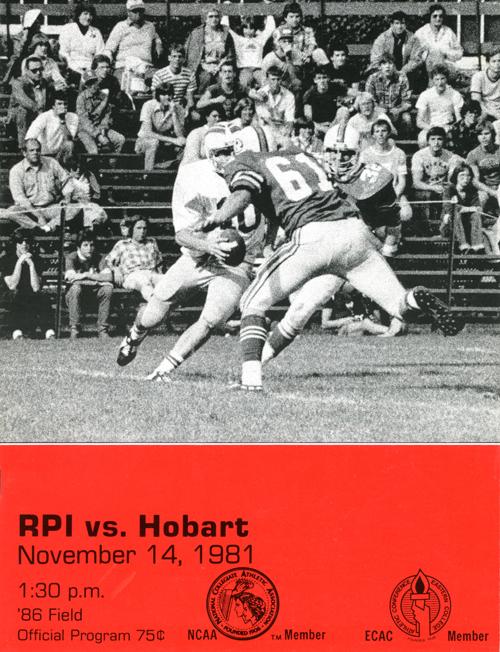 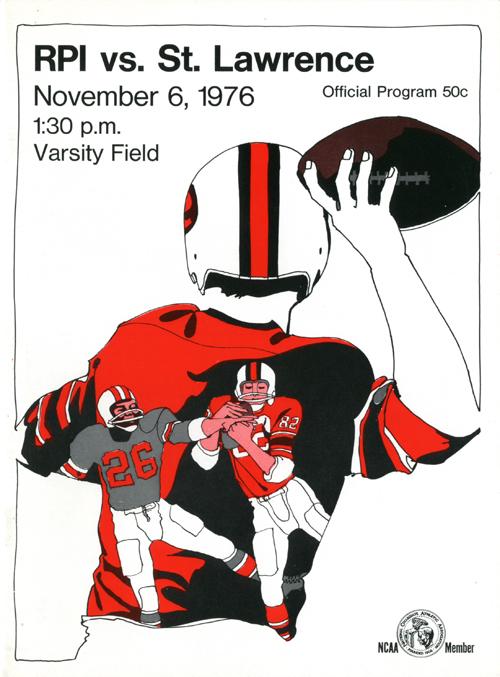 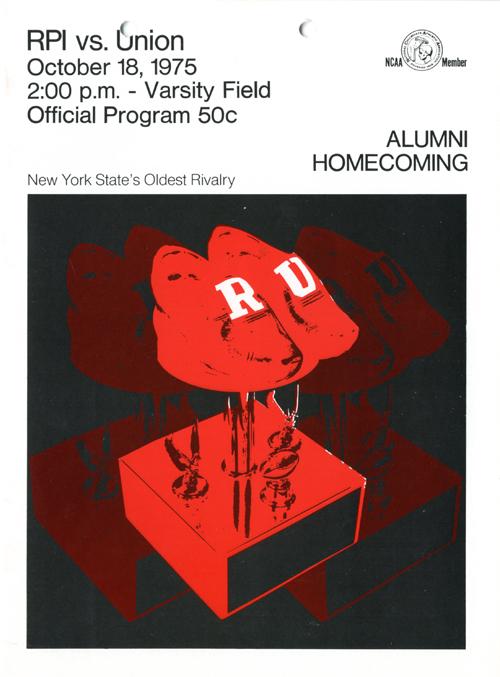 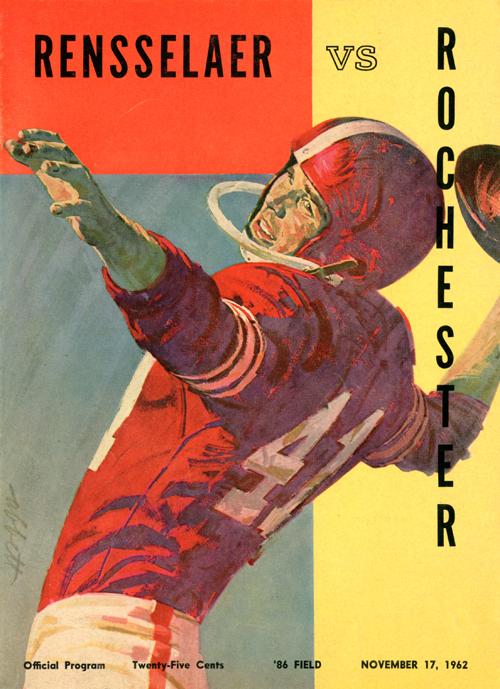 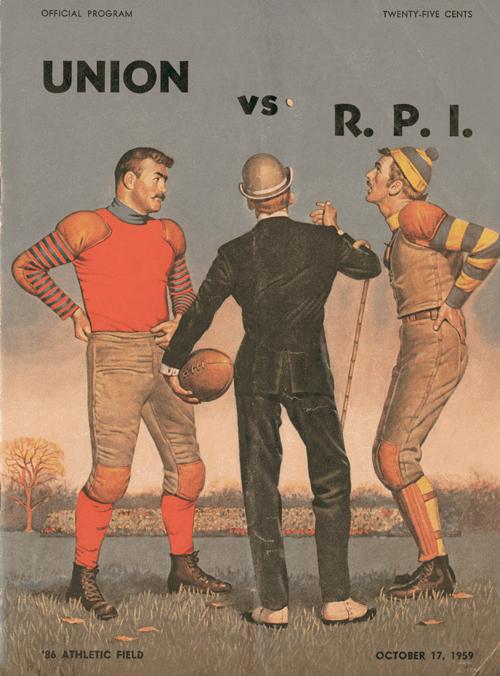 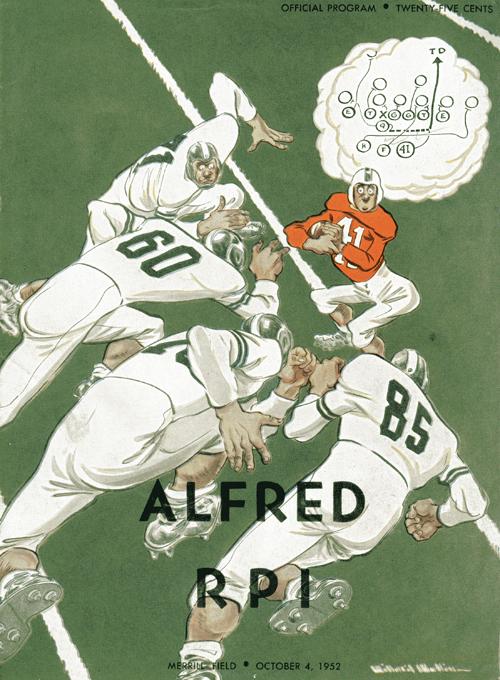 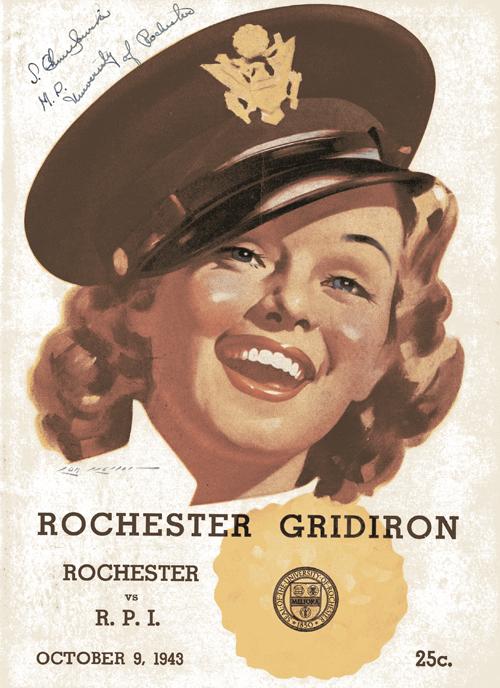 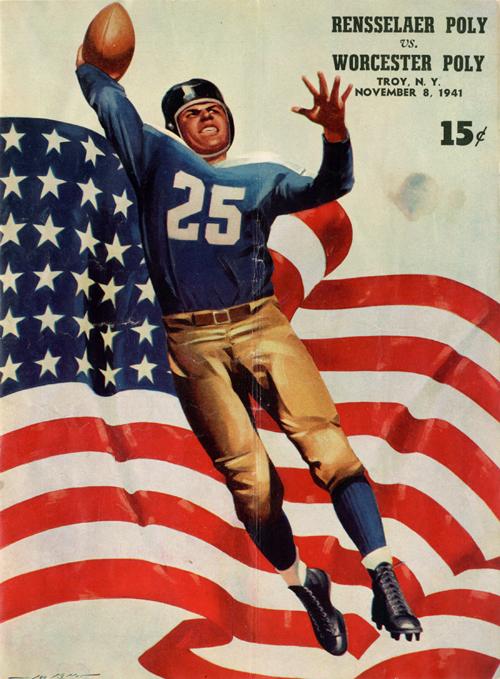 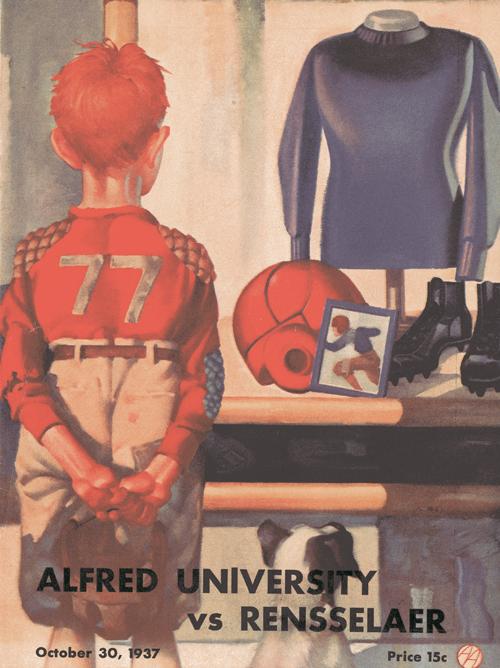 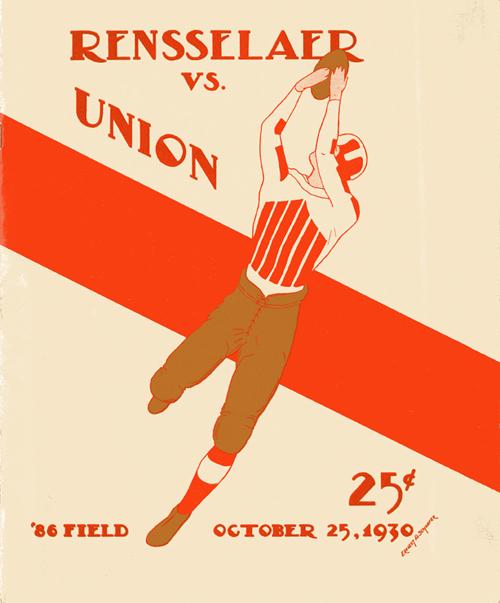 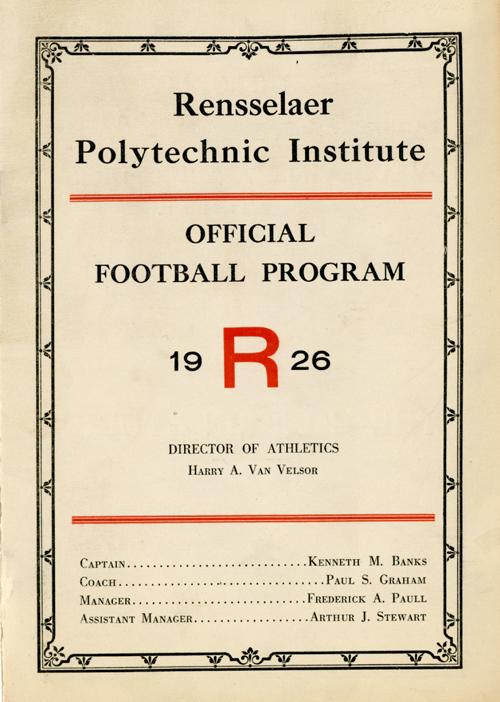 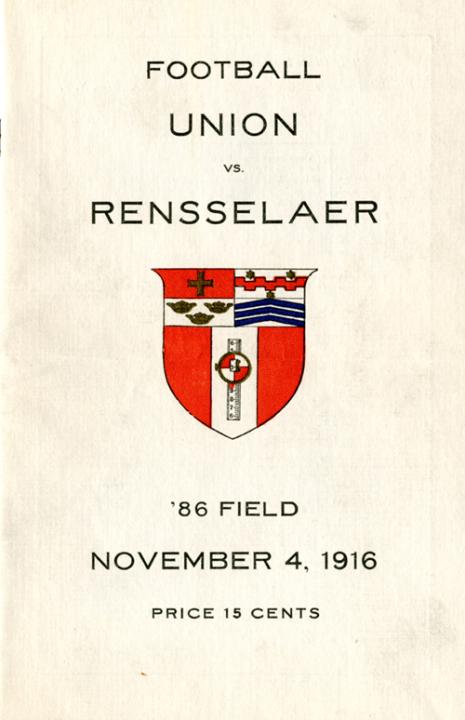