June 12 is the 100th anniversary of the Class of 1912’s graduation from Rensselaer and we want to mark the occasion by providing some background on what the student experience was like at Rensselaer over a century ago.

In September 1908, when members of the new class entered the Institute, the majority of students enrolled as civil engineering majors. Coursework for two new majors—electrical engineering and mechanical engineering­ – had started in 1907, and about ten percent of the 200 freshman chose one of the new programs. Regardless of major, members of the class were embarking on four very demanding years of education and training.

In a practice that continued into the mid-1950s, students at the Institute were organized in four divisions: Division A, fourth year or seniors; Division B, third year or juniors; Division C, second year or sophomores; and Division D, first year or freshman. The following slideshow details the four year civil engineering program most class members experienced.

nstitute fees included tuition of $100 per term and a $15 deposit to cover laboratory breakage. For seniors there was a graduation fee of $8 which included the cost of a diploma. The cost of drawing instruments – the instruments used at the Institute were exclusively Swiss-made – ranged from $15 to $35. Textbooks and stationary cost about $25 per year. The fee for joining the Rensselaer Union Clubhouse, adjacent to the ’86 Athletic Field, was $5. The clubhouse was intended to be the center of student life and contained, besides showers and lockers, a kitchen and dining room, a billiard and “lounging” room, and committee rooms for student organizations.

The academic year was divided into two terms of 19 weeks each. The first term began on September 15 and ended the last weekday of January. After a one week vacation the second term started in early February and ended in mid-June. Summer vacation was a nominal 12-13 weeks.

Public examinations of all classes of the Institute were held at the close of each term. The exams were part oral and part written. They took place over an eight day period and covered the entire field of study for the term.

During summer vacation, students in all majors in Divisions D, C, and B were required to prepare a thesis on a faculty approved subject. Generally these involved original descriptions of existing structures, machines, manufacturing plants, or processes relating to a branch of engineering.

In addition to their nine months of coursework and summer vacation theses, students in the civil engineering department who completed the work of Division C (sophomore year) took a three to four week course in topographical and hydrological surveying during late June and early July. The surveys generally took place within a 50 mile radius of Troy. Villages in Washington and Rensselaer counties, the Berkshires and the southern Adirondack region were popular destinations. The 10-12 member survey teams were accompanied by a faculty advisor and stayed at local inns and boarding houses. Students who completed the work of Division B (junior year) took a course of the same length in railroad field engineering during late August and early September. (In August 1911 members of the Class of 1912 laid out an electric railroad between North Creek and Warrensburg, New York).

Other majors did not escape summer courses. At the end of their sophomore and junior years students in mechanical and electrical engineering took four week courses in shop work including machine and pattern work. The “shop” was located in the Winslow building. In both the surveying and shop work courses students worked 8 hour days, 6 days a week.

In their final year, students were required to prepare and defend one last thesis. Senior theses usually involved the original design for a structure, machine, plant, system or process and were accompanied by drawings and models.

Of the 200 members of the Class of 1912 who matriculated in 1908, 118 students received their degrees in June 1912 – 96 in Civil Engineering, 13 in Electrical Engineering, and 9 in Mechanical Engineering. We are not sure how to account for the high attrition rate. Students entering the Institute were required to pass a rigorous entrance examination, so academic standing was not the only factor. Other likely causes were financial, health issues and early departure to accept job opportunities. 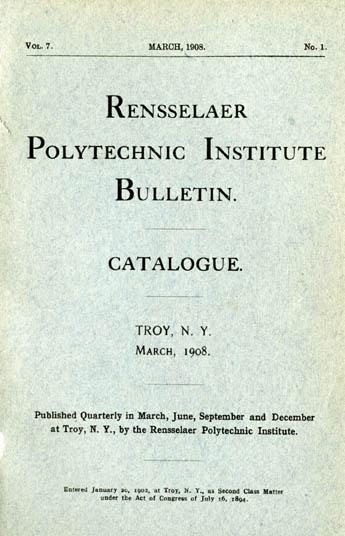 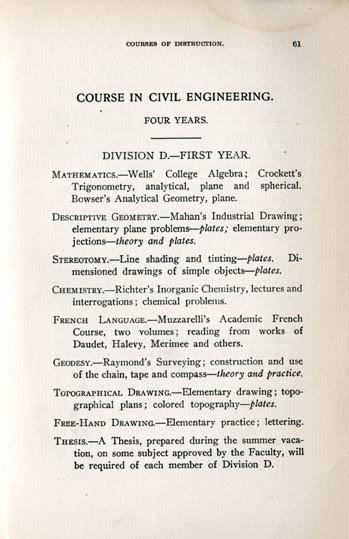 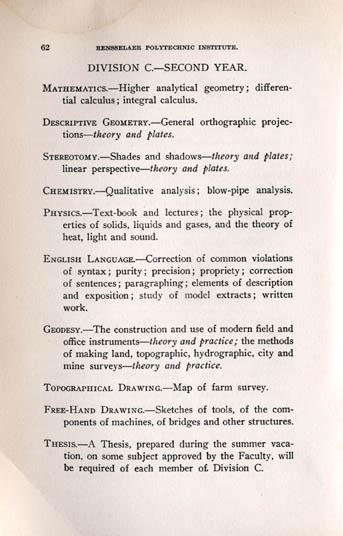 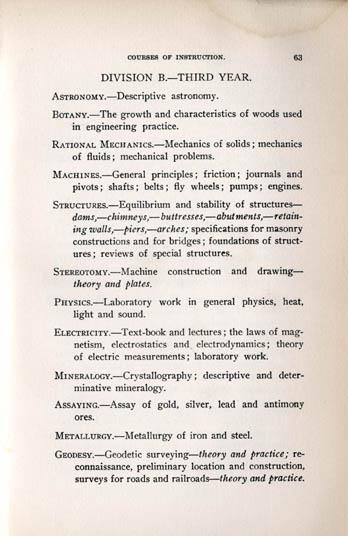 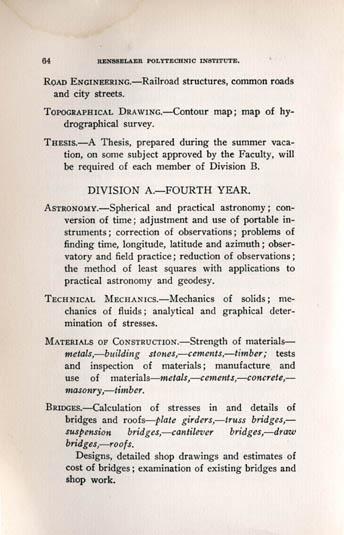 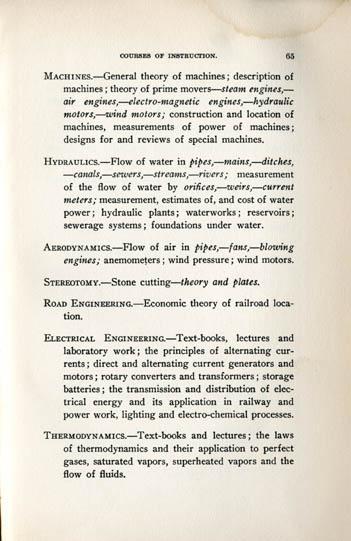 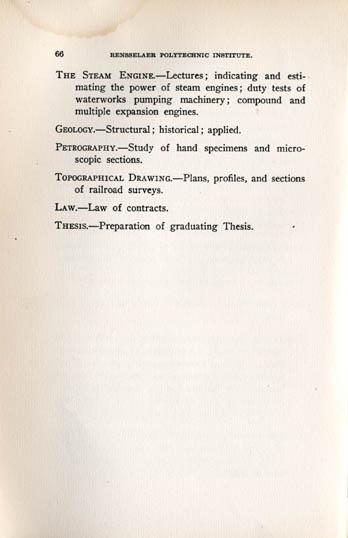