I was browsing through some newspapers from this date in history (St. Patrick's Day) and came across an interesting sports article. Since the NCAA men's basketball championship tournament begins this week and our neighbor to the west -- Syracuse University -- is a top seeded team, this headline caught my eye, BASKETBALL TEAM IS BEATEN BY SYRACUSE IN FAST GAME.  It was the last game of RPI's regular season, played on March 11, 1922, at home. 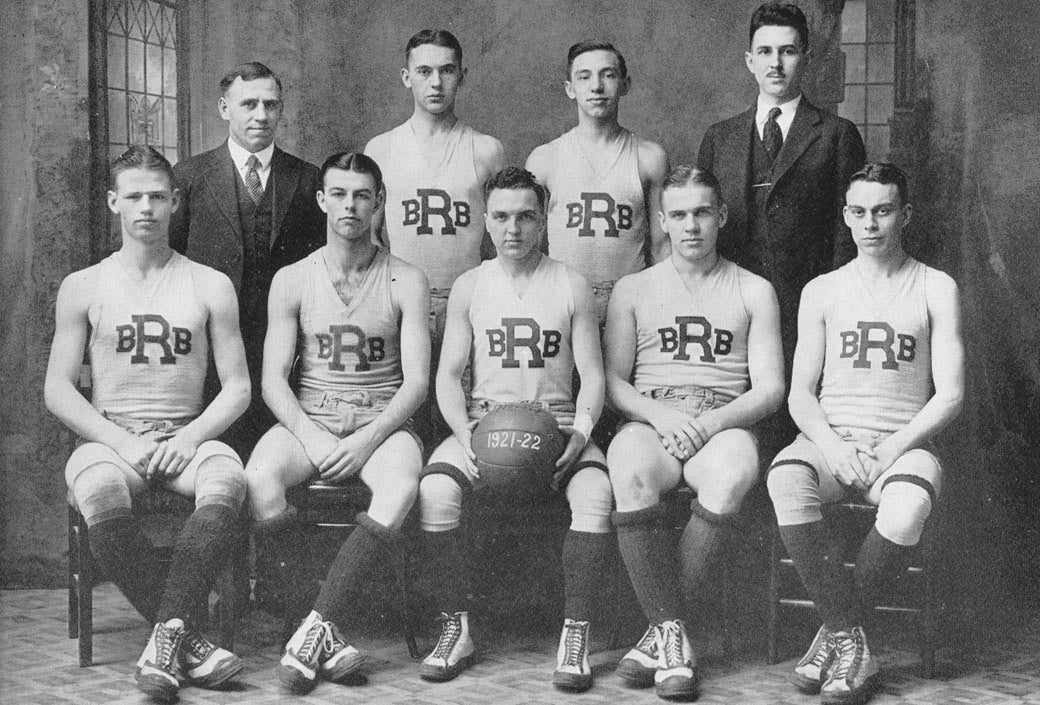 Syracuse defeated Rensselaer, 20-14 -- yes, that's the correct score!  The low scoring game was a "contest roughly played all the way" and "frequent fouls marred the interest in the game."  The Syracuse team was described as superior in weight and height, well coached and fast.  Rensselaer scored only one basket from the floor; the rest were foul shots.  The game was recalled as "the hardest and roughest in several seasons." Rensselaer ended their season with 7 wins and 6 losses. Syracuse played a busier schedule with 16 wins and 8 losses. They had some star athletes on their team; five players went on to play football in the NFL (perhaps this explains the rough play!).

It is interesting that this appears to be the last game that RPI ever played against Syracuse. The teams first met in 1901, which was the first season for Syracuse basketball.  The Rensselaer team dominated that year and the next, but then it was all Syracuse for twenty years (though they did not play every year).  The first basketball team at RPI was formed in 1897.