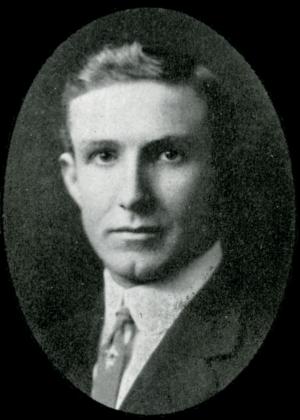 Carl James Wright ’13, aka “Bud,” alias “C.J.” was a member of the Western Club and served on the Poly Board for two years. Wright came from Fort Collins, Colorado, or according to the Transit, “the land of ‘the bad men’ and ‘six shooters.'” His classmates labelled him as “not really dangerous” but he did have a toy revolver. They called him quiet which of course made him stand out more, but by his Senior year he “goes fussing” and “digs” in once and a while. Classmates wanted to give Wright one bit of advice, “get married” and though they said he was not a pill, he does have nerve and gets away with the occasional picture.” 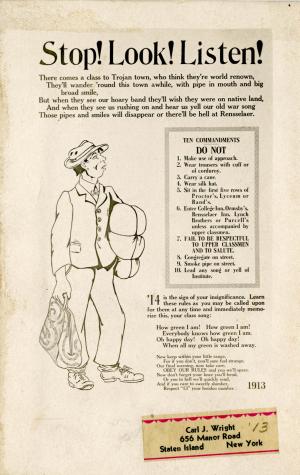 We can truly thank the diligence of Carl Wright for saving photographs and memorabilia that provide us glimpses into the lives of him and his classmates. Bud even went so far as to save a postcard that had the Ten Commandments for Freshman on it!

Furthermore, in Wright’s later years as the planning of reunions went on, he sent “Liver” (Livingston Houston) a letter regarding attendance at the 50th Reunion, cleverly stating how he was out of the dog house with his wife over not ordering a 50th Reunion picture! 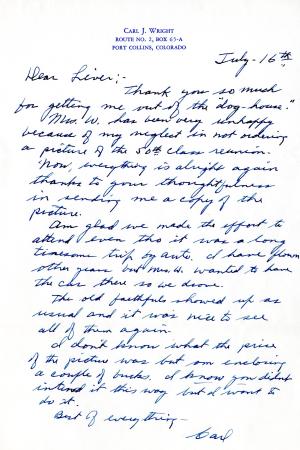