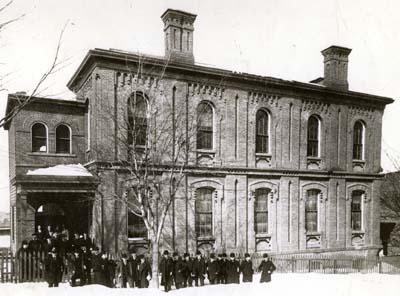 The Winslow Chemical Laboratory was opened in 1866. The building of brick with stone trimmings was finished inside with butternut, chestnut and black walnut. The whole building was fitted for complete courses in general and analytical chemistry. The laboratory was planned and built under the direction of Prof. H.B. Nason, who was head of the department of chemistry in the Institute. The first story contained the metallurgical laboratory. The second story contained the chemical laboratory, store rooms and work rooms. The laboratory could accommodate forty students. The third story contained a lecture room, a private study, the library and a recitation room. The library of chemical books was established by a donation of several sets of journals and a gift of three hundred dollars from John F. Winslow for whom the laboratory was named. 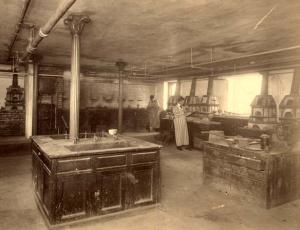