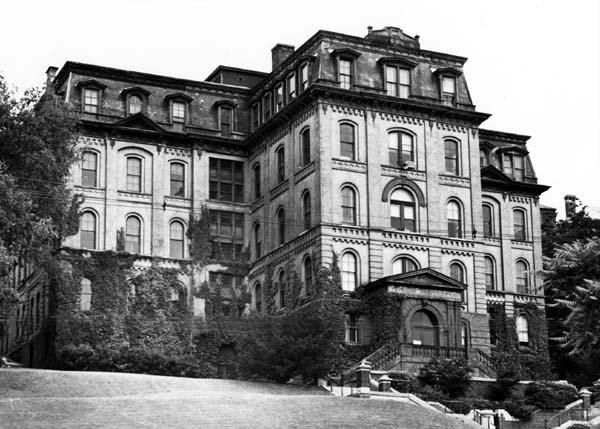 West Hall, located on Eighth Street at the top of Fulton Street, was built as the Troy Hospital. The hospital opened in 1869 and was operated by the Sisters of Charity of St. Vincent de Paul. The design of the building has been attributed to Marcus F. Cummings of Troy and noted as a major example of French Second Empire architecture. The Sisters of Charity sold the former hospital to the Albany Diocese in 1922 and it was converted for use as the Catholic High School in 1923. Rensselaer acquired the building in 1953 and named it West Hall, as it was the western most structure on the campus. Following a complete renovation, the School of Humanities and Social Sciences and the Department of Geology occupied the building. A geology museum, an auditorium and a cafeteria were also housed there.