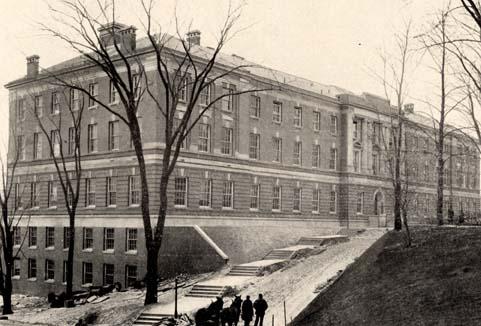 In 1907, Mrs. Russell Sage gave Rensselaer $1,000,000 as a memorial to Russell Sage, who, for ten years prior to his death, was a trustee of the Institute. Of this amount, $300,000 was used in erecting and equipping a laboratory for the use of the departments of Mechanical and Electrical Engineering. The balance was laid aside as an endowment.

The Russell Sage Laboratory, built and equipped at a cost of $405,000, was designed by Lawlor & Haase and constructed of Harvard brick with limestone trimmings. There were three principal sections of the building: the west wing devoted to Mechanical Engineering, the east wing for the Electrical department and the central section used by both departments. The central portion contained a lecture room seating 400 persons, a large drawing room and a laboratory for a 600,000 pound machine for testing materials of construction. The building was opened for use in 1909. 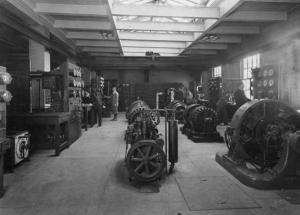 The increase in the number of students necessitated an addition to the Sage Laboratory which was built to the north and east of the existing building. The four story addition was finished in 1923 at a cost of $235,000.

Russell Sage Laboratory was completely renovated in 1985 and currently houses the School of Humanities and Social Sciences.