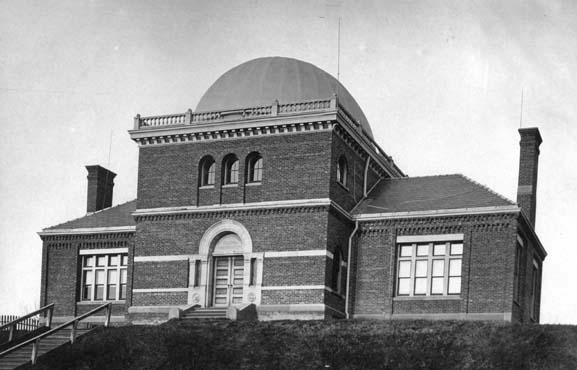 The Williams Proudfit Astronomical Observatory was built in 1878 at a cost of $15,000. It was presented to the Institute by Mr. and Mrs. Ebenezer Proudfit of Troy as a memorial to their son Williams Proudfit, a student in the class of 1877, who was fatally injured by being thrown from his carriage in 1875. The Observatory, known as Proudfit Building, was built on the Rankin property that had been purchased in January 1877.

The central part of the brick building was 30 feet square with three wings, the total dimensions being sixty feet by seventy-six feet. The main part was two stories high, with a dome twenty-nine feet in diameter, under which was the main pier intended for an equatorial telescope. The wings were one story in height and were built to house apparatus used for astronomical purposes.

The observatory dome was constructed in Troy by Elisha Waters & Sons. It was made of Crane Brothers linen fiber, molded in sections and bolted together. The dome revolved on cannon balls placed on grooved iron tracks. 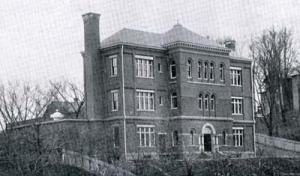 A large telescope was never placed under the dome and the observatory was therefore not of much benefit to the Institute. In 1900, the dome was replaced by a roof and a second story was added to the three wings. M.F. Cummings designed the renovated building, which became a laboratory for mechanical and electrical engineering. Mrs. Proudfit gave $6,500 towards the renovation. Westinghouse Electric and General Electric gave $6,000 worth of electrical machinery. The Alumni raised $36,000 as an endowment.

The building was partially destroyed by fire in 1902. As part of the renovation in 1903, a third story was added and the basement deepened. A boiler house, including a steam turbine for experimental purposes, was added on the north end. In 1904 two stories were added to the boiler house.

In 1909 the electrical laboratories were moved to the Russell Sage Laboratory and Proudfit was devoted to the mechanics department. In 1924 it was used by the department of arts, science and business administration. The building was eventually razed in 1959. The engraved arched stone that was over the doorway was saved and placed in the south wall of the Jonsson-Rowland Science Center dedicated in 1961.