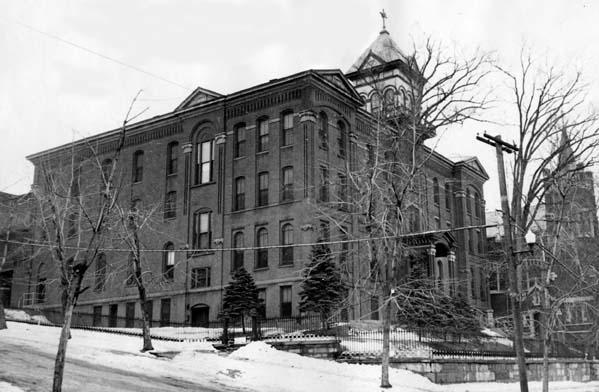 The Institute purchased this property, located on the southeast corner of Eighth St. and Peoples Ave., from the Daughters of Charity of St. Vincent de Paul in 1946. The four-story building and adjacent chapel were built in 1886 to house the St. Vincent's Female Orphan Asylum. Rensselaer named the building Mason House in honor of William Pitt Mason, head of the chemistry department for many years. It was purchased to provide postwar housing for 230 students, but the plan changed when construction of emergency housing was begun in Rensselaerwyck and Rendael. The structure was altered into small apartments for faculty and administration staff, with a cafeteria on the ground floor.

The building was eventually converted into a laboratory. By 1957, programs in radiation chemistry, nuclear chemistry and upper atmosphere research had transferred to Mason. The department of mathematics and biology also established offices and labs there. The building was renamed the Mason Laboratory in 1958.

Mason Laboratory was closed in 1973 and demolished "for the good of the community," according to RPI President Richard Grosh in May of 1975. An inspection of the building found it to be "a hazard to life and property."