Preparation Branch of the Rensselaer School, 1826

From a respect for the frequent solicitations of many gentleman in the Southern States, and some in the Northern, and from the desire expressed by the patron, to see the results of an extension of his plan, a preparation branch was this day established at this school, to go into operation on the third Wednesday of November.
The following is an outline of the Plan. 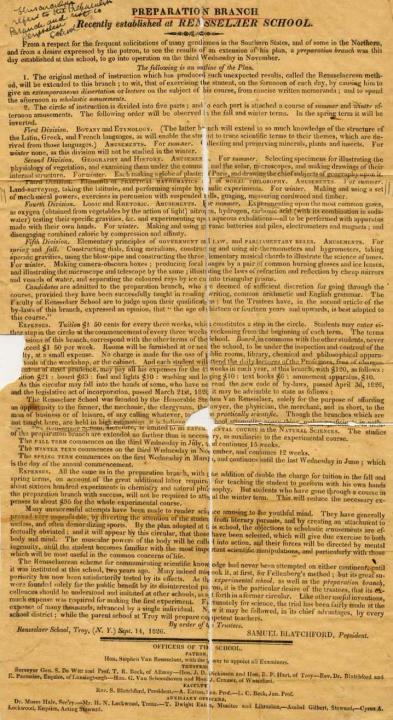